How are Your New Year's Resolutions Going? 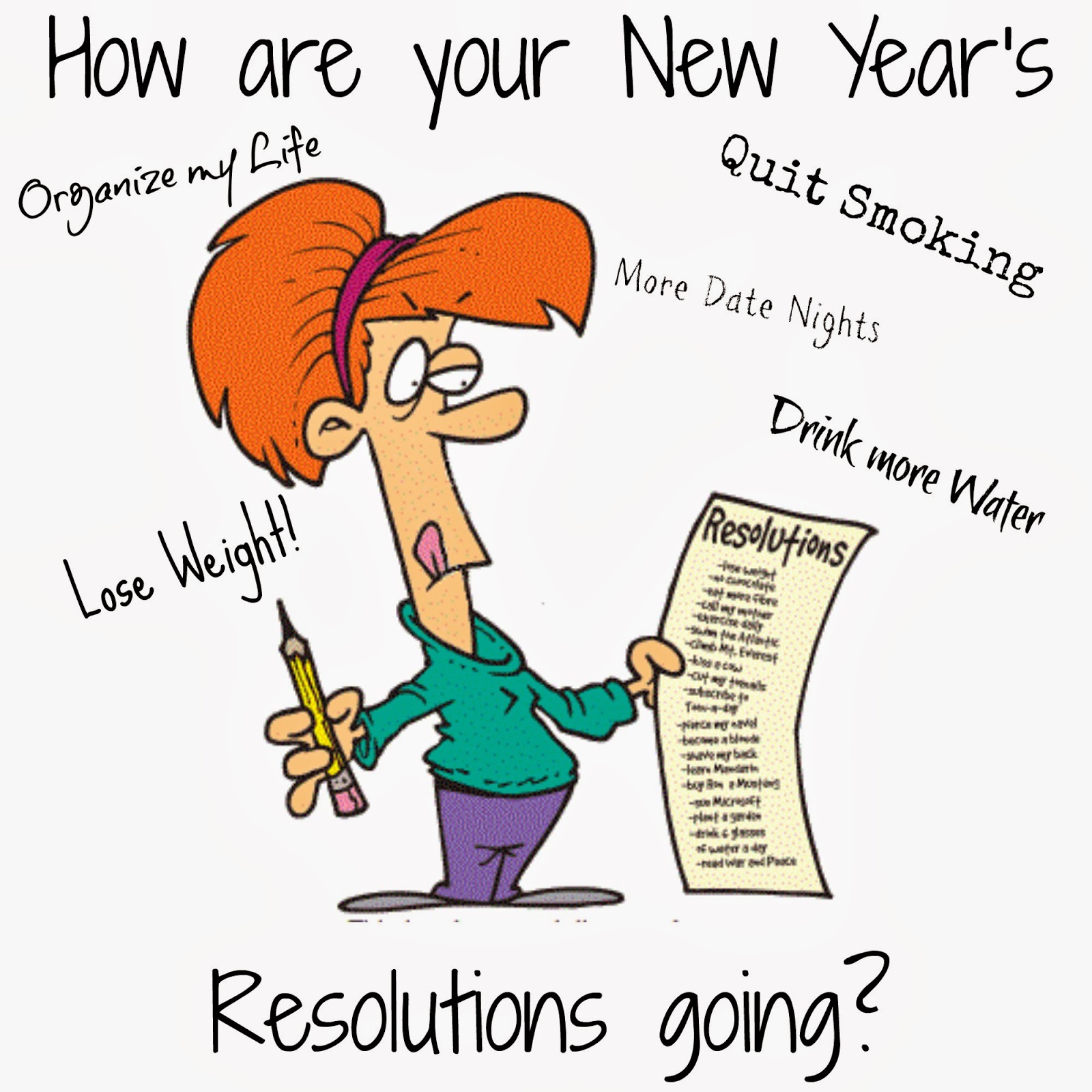 It is smack in the middle of January, how are you doing with your 2014 New Year's Resolutions?

This year my resolutions were easier, figuring that way I would be able to stick with them.

My first resolution was to clean out, organize and get rid of anything no longer needed in each kitchen cupboard and drawer. I wrote down each and every single cupboard and drawer in the kitchen, and am crossing them off as I go along. I never intended to tackle the entire kitchen in one day, I knew I would fail at that. So I am trying to do at least one area every weekend. So far - So good.

Second resolution was to walk more. I used to walk every day at lunch. I have a one mile loop through the tunnels that I would make. (Remember I live in Minnesota, it's cold here!) But a few months ago I discovered Breaking Bad on Netflix. Why would that matter? Well I could stream one episode during lunch on my phone, and to me that was way more fun than walking. I have since finished watching all five seasons, so now it is time to get off my butt and start walking again. I am starting with walking at least once per week, then will up it to twice a week, and so forth. My walk includes many flights of stairs, which is why I am starting off slowly again.

Now my third resolution benefits both myself and the hubby. I had heard on my favorite radio talk show about how nobody really kisses anymore. Not just a peck on the cheek 'See you later honey', real kissing, like back when we were in high school, except not as gross. So my third resolution was to really kiss my husband at least once everyday. When I informed him, he wanted to start right away...he is so cute. So far that one is going great. We only missed one day so far, because I wasn't feeling my best and didn't want to get him sick.

How about my 2013 resolution? Well last year I was just trying to organize my family somehow. Schedules were getting real crazy and the paper calendar wasn't working anymore. After a few apps, I discovered Cozi.com. Now, I am not getting paid to tell you about them, I just really like them! It is an online program, smart phone app, and even texts your non-smart phone. We are still using it EVERY SINGLE day. I set up a family account, entered every bodies cell phone numbers, those with smart phones downloaded the app, and then once confirmed, we were ready to go. Now I have to admit, most of the appointments I have added from my PC, just because I don't like typing a lot on my phone. I have every single family member on the schedule and everybody knows where they need to be every day. It will send out a reminder through the app or by text to whoever has an appointment coming up. And that is just the tip of the iceberg. I use it for shopping lists, my daughter has been known to add items to the list herself. You can use it for To-Do lists, I am using it for my kitchen clean-out resolution above. You can even add menus and schedule out your meal planning. They are updating and adding new features all the time. This was one resolution that was simple and fun to keep up with. Now don't ask about my other 2013 resolutions, still working on losing that weight...

So how are you doing with your resolutions? Do you need some support? We are all here to cheer you on! Leave a message below to let everybody know how you are doing, and where you might need some virtual support.